News of the arrest of Ismaila Mustapha, a.k.a Mompha surfaced online on Tuesday after controversial Nigerian journalist, Kemi Olunloyo first shared the news on her Instagram page. Olunloyo said  Mompha was arrested in Abuja after he fled Dubai.

Olunloyo also claimed  that the arrest happened four days ago.

Some hours later, the EFCC confirmed the arrest. Twitter and other social media platforms went on fire, with comments comparing his arrest with that of Invictus boss, Obinwanne Okeke, who was arrested in the US in August.

Mompha, a social media celebrity, with about  650,000 followers on Instagram,  is often referred to as the king of Nigerian Bureau De Change. Some commenters on Tuesday  even said that  he had been competing with Ray, a.k.a  Hushpuppi, another flamboyant Nigerian who claims to be a real estate developer, with the way he spends money on luxuries.

Mompha  recently acquired the latest Rolls Royce Wraith Eagle viii 2020, claiming he’s the first African in the whole world and in the Middle East to buy the luxury whip.

world wide, First African to own the latest wraith eagle viii 2020 in the whole world

and also the only RR wraith

in the Middle East

, Congrats to me we made history

King of All wraiths

Some Nigerians said Mompha’s arrest did not come as a surprise with the way he was spending money lavishly and showing off, with source of income questionable.

Here are some of the reactions;

Just relax, do not let Mompha and social media get you into trouble. Legit money does not grow on trees, only for fraudsters, hence Davido’s comment.

714 people are talking about this

I hear Interpol has arrested Instagram ‘big boy’ Mompha. This is another reason why you shouldn’t believe everything you see on the gram. Another reason for you to enjoy your own pace, trust your own journey, work hard and make legit money.

232 people are talking about this

How can you trust that Mompha Guy? Nobody knows what he does. Today baba don buy Bentley, tomorrow him don buy Rolls Royce wey Queen Elizabeth Dey use. Instagram life sha

520 people are talking about this

i heard Mompha was arrested by Interpol for a $5m fraud…

that money, if you convert ham na 1.8 billion naira ooooo

105 people are talking about this

I have said it before and I’ll still say it again…..I rather die broke than do yahoo….how do you defraud other people and live with it

No conscience at all….

217 people are talking about this

How can you trust that Mompha Guy? Nobody knows what he does. Today baba don buy Bentley, tomorrow him don buy Rolls Royce wey Queen Elizabeth Dey use. Instagram life sha

520 people are talking about this

People wey dey use their mama do ritual sef no do reach like this.

1,019 people are talking about this

You go “omg can’t believe this, guys I look up to bla bla” you’re either dumb or an amazing pretender.

You can’t tell how Mompha, Hush, Joe e.t.c made their bones yet you feign surprise each time you hear they’re accused of illegality.

512 people are talking about this

With the way Mompha spend money, even Davido shock 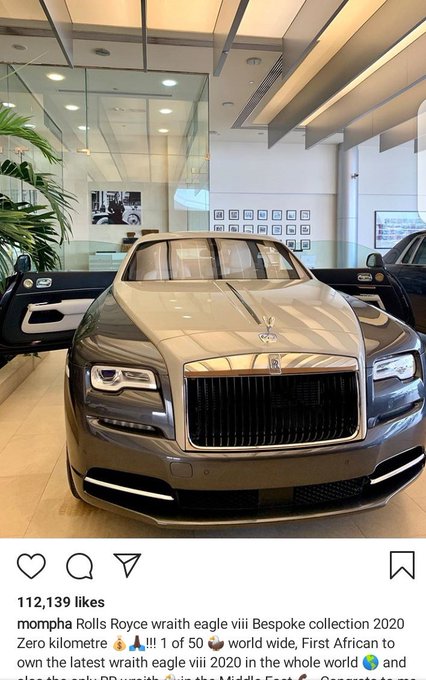 220 people are talking about this

Had Pablo remained in his biz & influenced the politics of the day, he will still be here.
Had Frank Lucas refused his wife coat that night, the Feds wouldn’t have seen him.

180 people are talking about this

The next housemate to be evicted from the BigFrauder house is ……

Hushpuppi: No leave No Transfer!

Just when mompha thought he has escaped interpol, he ran into EFCC not knowing that interpol scare is a bait.

By now, the bigwigs at EFCC have started sharing his properties amongst themselves even before they confiscate it.

Be cautious, scam is never the way.

371 people are talking about this

Even if you do Blood money, Ifa can’t afford the kind of money that Mompha has. It’s almost impossible to tell me there isn’t illegal shit involved. Probably laundering. All he had to do was stay lowkey but no.

976 people are talking about this

I always knew Mompha and Hushpuppi money is not clean,but if you talk,Those that look up to them will come after you saying you are hating and all,Una eyes don clear now???Ole ni everybody

93 people are talking about this

Many Nigerians was like “GOD WHEN”
when Invictus Obi was onboard

Many asked same questions before the
endgame by Interpol for Mompha

194 people are talking about this

51 people are talking about this

FBI arrested Invictus Obi
Immediately, about another 70+ Nigerians were arrested for fraud.

Now, Interpol has arrested Mompha.
You all knows what that means, riiiiight