TECNO Spark 3 was recently revealed and we’ve taken a look at the specifications which were mostly hardware related. However, the hardware part is just one side of the coin while the software is the other half. As you may or may not know, the TECNO Spark 3 comes with Android 8.1 Oreo Go Edition on the 1GB RAM Variant and Android 9.0 Pie on the 2GB RAM Variant, both of which have TECNO’s HiOS UI slapped on top. TECNO’s HiOS on the TECNO Spark 3 brings a lot of new features and we will be taking a look at the 10 of those amazing features and how it affects you as a user. 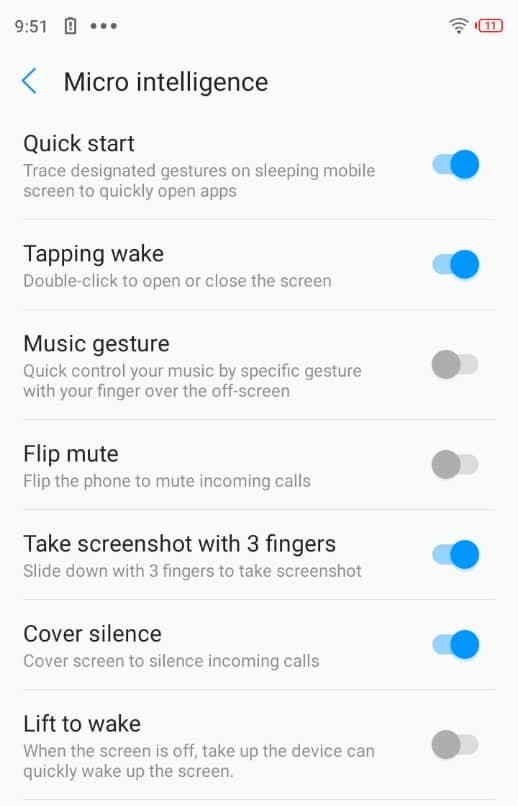 Micro Intelligence is not just one feature but a combination of small little features which makes using the TECNO Spark 3 such a wonderful experience. Under micro intelligence, you can turn on the lift to wake which brings up the display immediately you pick the phone so you don’t have to press the power button for the display to come up. You can also turn on the double tap to wake which will reduce the amount of time you press the power button and make the button last longer. There is also a flip to mute incoming calls, swipe 3 fingers to take screenshots, gestures and many more. 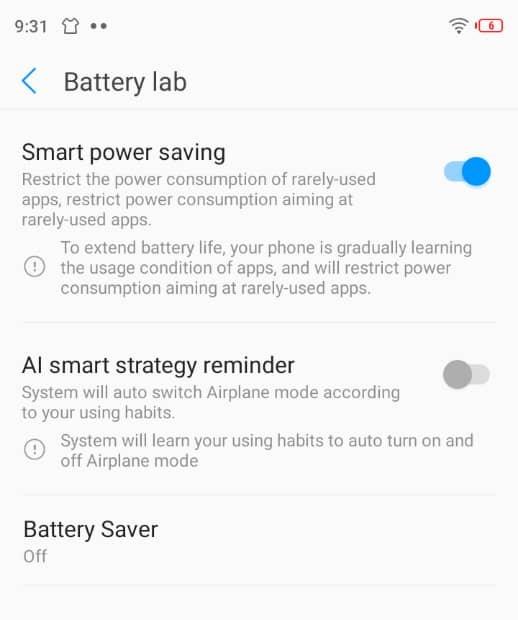 Battery Lab like the name says is a small little laboratory for your battery. Here, you can turn on or turn off battery saver mode at any time, except when your device is charging. You can also restrict power consumption for apps you rarely use. This will gradually learn the app you use often and give power to those apps even when in the background and cut off power from apps you rarely use in order to prolong battery life.

Face Unlock is pretty self-explanatory and you’ve most likely heard of the Feature a thousand times. Well, it is also available on the TECNO Spark 3 and you can use your face to unlock your phone. Although, you should know that Face Unlock isn’t as secure as a pin, password or pattern but is one feature that will make you love the Spark 3.

X Share is TECNO’s own sharing app which doesn’t require an internet connection or Bluetooth to send files. With X Share, you can share any file you want including folders. There is also no file size limit on stuff you would like to send and you can send as much as you like, no matter the size. X Share is also very faster, up to 200times faster than Bluetooth and perhaps of the fastest file sharing app available on Android.

Barcelona vs Rayo Vallecano live streaming of the 2022/2022 Spanish La Liga match on Saturday the game kick-off by 20:00

100 Happy New Month Messages, Wishes and Pictures For June 2022 You Can Send To Your Love One

Where to watch Mexico vs Nigeria live in Nigeria, Ghana, UK, and USA

Where to watch Liverpool vs Real Madrid Live in Nigeria, UK And USA UCL Final