A young Nigerian man have been caught having illicit affair with a mentally deranged woman.

Some eyewitnesses reported saying that the young man identified as Edwin Ugonna was seen several times taking the deranged woman into his room every night to allegedly have s3x with her before releasing her the next day. 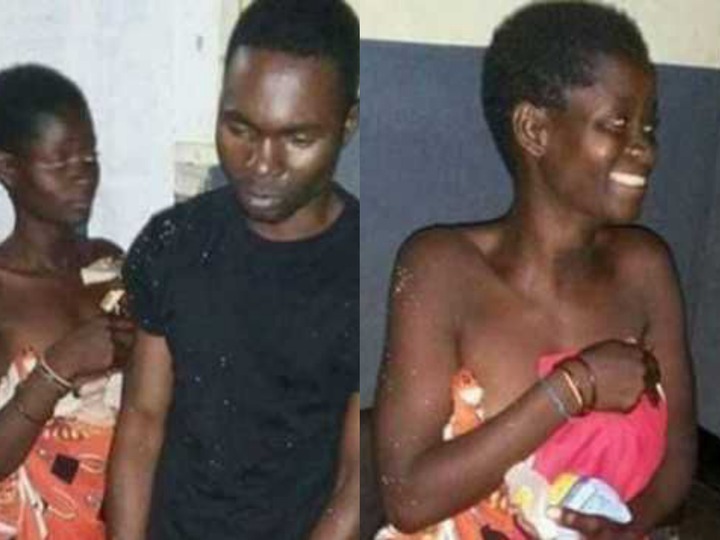 Eyewitnesses reported that some curious neighbours started monitoring Ugonna and his lover’s movement, and finally caught them in the process of quenching their s3xual thirst.

The residents arrested the young man and handed him over to the police for investigation and possible prosecution in accordance with the laws the Of the country.

According to Edwin the deranged woman forced her self on him.

Meanwhile, some social media users have been reading meanings into the smile on the woman’s face, suggesting that Ugonna might not necessarily have been hurting her after but giving her what makes her happy.

But looking at the picture the deranged woman is happily smiling which is not really clear on what reason it might be.

Where To Watch Watford vs Chelsea live In Nigeria, UK And USA

100 Happy New Month Messages, Wishes and Pictures For December 2021 You Can Send To Your Love One

TODAY’S FIFA CLUB WORLD CUP DRAW: The One Club That Could Give Chelsea Problems In The Tournament

where to watch Ballon d’Or 2021 Award Live Streaming in UK & US, Time, Date & who are the nominees?

Where to watch Chelsea vs Manchester United live in Nigeria, UK And USA