Duncan Mighty has written an open letter to former Imo State governor, Owelle Rochas Okorocha, claiming his life is being threatened because of money paid to him by the politician to record a song with one of his boys.

The singer shared the open letter on Instagram and revealed he has been invited by the police. He added that he is willing to return the money to the politician to secure his life and “avoid further embarrassment to his person.”

Read the open letter below. 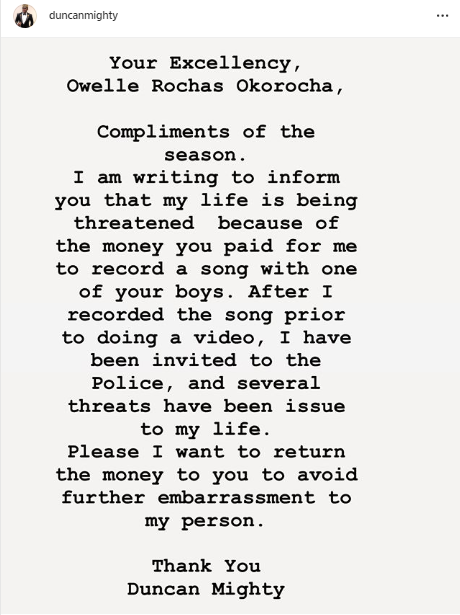