Recall that the Finance Minister Kemi Adeosun was blackmailed in the wed of NYSC certificate forgery scandal by the online news media Premium Times. Many Nigerians have reacted either for or against the report.

As the controversy over the alleged forged NYSC exemption certificate of Minister of Finance, Kemi Adeosun continues, two twitter users, have shared their own NYSC certificates that has the signature of the then NYSC DG, Yusuf Bomoi, months after he left office.

The former director-general, Yusuf Bomoi, a retired brigadier-general who died on September 18, 2017,  officially left NYSC on February 13, 2009 and was replaced by Maharazu Tsiga, also a brigadier-general.

Some Nigerians have raised eyebrows as to why the DG’s signature was on Adeosun’s certificate months after he left office.

See the tweets from the two Nigerians below 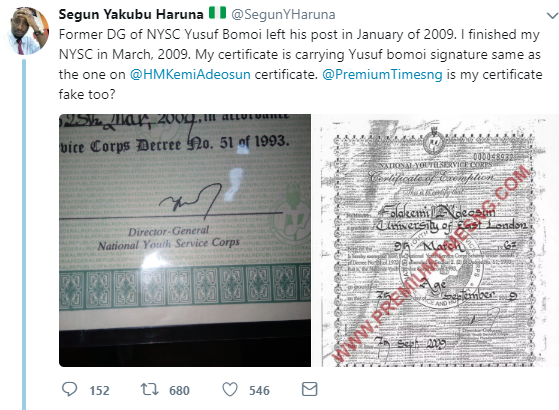 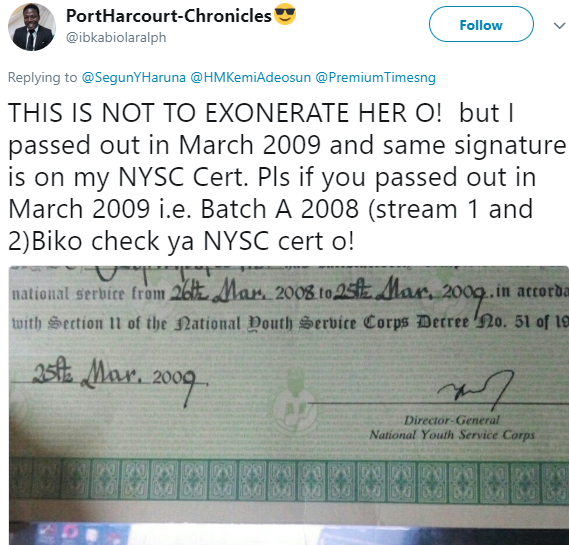