The Economic and Financial Crimes Commission is out to investigate the former governor of Abia State, Theodore Orji.

The EFCC has finally decided to investigate the petition it received since 2017 that the total sum of N 383 Billion was received by the former governor from both federal account, excess crude account, ecological fund, Sure P and many more.

The petitioners have alleged that the governor had nothing to show for this as the infrastructure in Abia State is not to talk about. This investigation is confirmed by Sun newspaper on its Twitter handle. 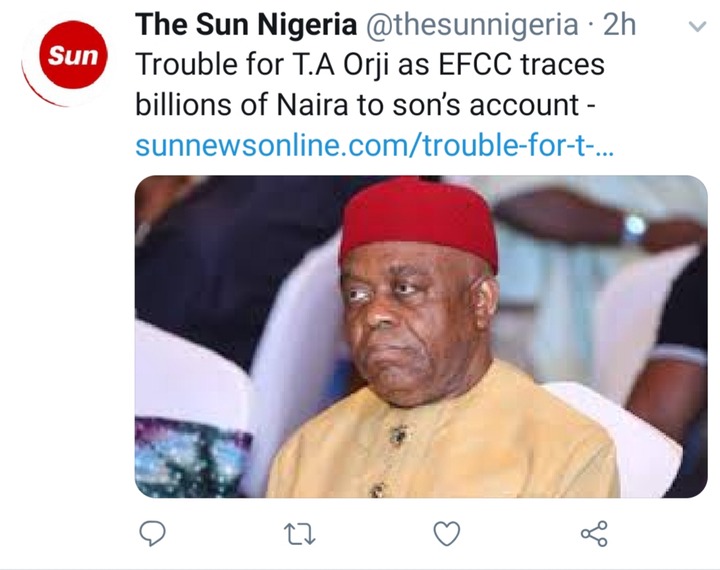 Already 100 different bank accounts have been traced to him and his son who is the Speaker of Abia State House of Assembly.

Almost all the accounts were found active with huge sums of money inside them.

Meanwhile, the EFCC is still investigating the matter to ascertain the amounts in other accounts. His son Mr. Chinedu Orji has been a frequent visitor to EFCC since this investigation started.

The BBNaija season 6 has begun to show the actions we expect. The head of House challenge saw Boma as

Where To Watch Lille vs PSG Live Streaming

Where To Watch Arsenal vs Chelsea Preseason Friendly Live In Nigeria

Where To Watch Arsenal vs Chelsea Live Streaming