The Nigerian Comedian Igodye has contributed his quota towards the fight against the coronavirus pandemic in Nigeria by donating one of his biggest mansion. 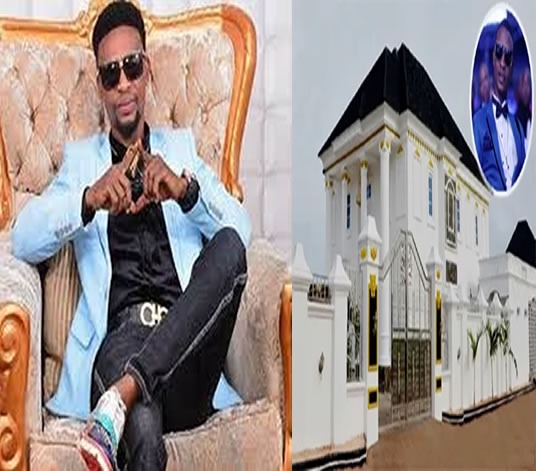 Igodye has just donated his newly built mansion as an isolation centre to the federal government of nigeria.

The comedian said that his donation is a gift to humanity Asides from his job as a comedian, Igodye is also known as a politician who writes letters to the president.

However, rather than just talking, Igodye decided to take action and join others in the fight against the coronavirus pandemic in the country.

The politician has donated his newly built mansion as an isolation centre to the federal government. According to him, it is important to take proactive measures in tackling the pandemic which has ravaged some countries all over the globe.

The comedian took to his social media twitter handle and tweeted saying “Humanity will overcome all its challenges only if we are willing to let go of the things we are not using for now for the benefit of others,” he said.

Igodye stated that he is worried about the increasing cases and the few screening centres available.

He stated that he is making humanitarian sacrifices towards contributing selfless deeds to control the escalating records of the pandemic. tweeted saying “Against this backdrop and the ongoing lockdown, the few services left has been put on hold at the ongoing FAPOH Royal Seal Mansion project site.

I feel convinced to donate this my new FAPOH Royal Seal Mansion to the Federal Government to use as an isolation centre as my personal quest to assist in the control, prevention, isolation and treatment of those diagnosed or to be treated in the course of us finding a lasting solution.”