Tiyamu ‘Kaka’ Kazeem, the assistant captain of Remo Stars Football Club (RSFC) has allegedly been killed by a policeman from the Special Anti Robbery Squad (SARS) from the Ogun State Command.

The defender was on his way to Sagamu with one of his teammates, Sanni Abubakar after their training in Abeokuta on Saturday afternoon when the incident occurred.

According to a statement released by his club, Kazeem ran into SARS operatives who then labelled as a ‘yahoo boy’ despite presenting his identity (ID) card to identify himself as a player of Remo Stars FC.

The club said the two players were then ordered by SARS operatives to follow them to the nearest police station in Sagamu. According to the club, While on their way to the station, Tiyamiyu and Sanni decided to question the SARS officers were taking them to, prompting them to stop the vehicle and then pushed Tiyamiyu out whereby an unknowing vehicle knocked him down.

He was rushed to Fakoya Hospital in Sagamu, where he was confirmed dead, the statement added.

Rapper, Ruggedman also took to Twitter to react to the footballer’s death as he shared video of the lifeless body online.

He wrote: ‘If a policeman died for every innocent person they kill,@PoliceNG how would you feel?’

Read the full statement and watch the video below. 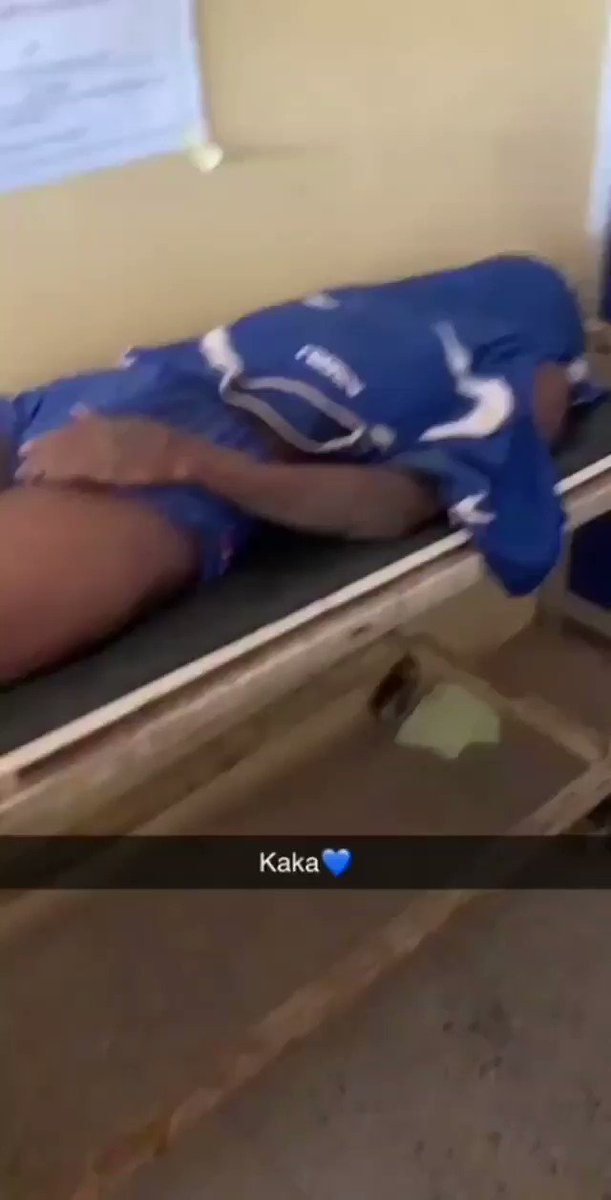 334 people are talking about this